In 2018, Gregory W. Williams from DeKalb County, was named a primary suspect in the brutal death of his grandmother, Millicent.

Williams pleaded guilty but mentally ill in the murder of his own grandmother in 2017.

A search began for Millicent Williams after she lost contact with her family for several days. Police evidence showed that she may not be alive.

Police found bloody sheets in the garage and “a lot of blood” on the bed and floor of her DeKalb County home with violent history between Millicent and her grandson to suggest that Gregory A. Williams was a person of interest in her disappearance.

In 2014, Millicent filed a protective order against her grandson Gregory. She told police before the end of that year that gregory threatened to kill her. He didn’t comply.

July 31, 2017, Gregory was arrested at a Kroger at the intersection of Flakes Mill and Flat Shoals Parkway after police spotted him. He was in his grandmother’s car.

Williams was charged with aggravated assault, kidnapping and theft by taking a vehicle in Millie’s disappearance. Investigators continued to search for Millie in the days to come but it wasn’t until Aug. 16 that detectives found her body in a wooded area near I-20. The located her body from a tip from the public.

The medical examiner determined she died from a sharp force trauma to the head. A DeKalb County Grand jury indicted Gregory on five counts, including murder, on Oct. 26, 2017.

Years later, his guilty but mentally ill plea was followed by a conviction. He was then sentenced to life in prison with the possibility of parole only after 30 years.

Gregory’s plea doesn’t mention exactly what mental illness he faced. However, his grandmother had told police when he attacked her back in 2014 that he suffered from PTSD and didn’t take his medication. 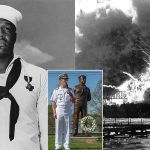 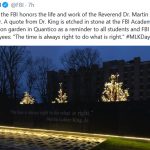