The police department in Herington, Kansas announced Monday evening that an officer has resigned after lying that a McDonald’s employee left a derogatory note on his coffee cup.

In a Facebook post that went viral over the past weekend, Herington Police Chief Brian Hornaday shared that one of his officers purchased a coffee at an area McDonald’s only to find a receipt with the words “f***ing pig” attached. In the post, which has since been deleted, Hornaday wrote the McDonald’s apologized to the officer and offered a free lunch, according to screen capture by local NBC affiliate KSNT. “No thank you,” he wrote. “A Big Mac and large fries don’t make up for [the slur].”

But McDonald’s later shared surveillance footage with the police department that proved no employee was involved with the incident, Hornaday said Monday. Instead, the incident was “completely and solely fabricated” by the police officer.”

Lenor Brazzi, the director of operations for the franchise owner, called it a “troubling incident” at a Monday evening press conference. “While we’re glad that the evidence confirmed our evaluation that the McDonald’s and our employees, crew members, were absolutely not involved, we stand with our community in being disappointed about these actions,” Brazzi said.

The McDonald’s and its employees had begun to receive threats after the incident occurred, Hornaday confirmed.

The officer’s name will not immediately be released as the incident is a “personnel matter,” Hornaday said but said the man had been employed as a police officer for about two months and previously served in the military for about five years.

The Herington PD is now left with five full-time officers, including Hornaday, who says the department will work to rebuild community trust. 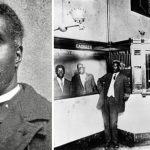 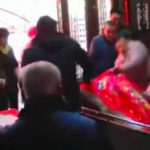