Rev, William Washington Browne, a former Georgia slave founded the first ever Black-owned bank in America. He founded The Savings Bank of the Grand Fountain United Order of True Reformers in 1888. The bank opened deposits on the first day of more than $1,269.

The name of the bank was inspired by a Black fraternal organization established by Browne in 1849. Browne opened the first Black-owned bank in Richmond, Virginia, which was started out of his home. He did this during high racial tension times after the Civil War. The bank was moved to its new location two years later, several blocks away.

The U.S. economy suffered a depression in 1893 and people were scared and were rushing to the banks to withdraw their money. However, even during the depression, The bank did very well. In fact, Browne’s bank was one of the few that survived and the only bank in Richmond that was able to pay out the full value of it’s customers’ accounts and remained in full operation. This was truly impressive.

Although Browne died in 1897, the bank continue to thrive and expand. Browne’s bank expanded into real estate, newspaper, a retirement home and a building. They grew and expanded their operations into 24 states.

However, Reverend William Lee Taylor, the new president of the bank, mismanaged often created unsecured loans which defaulted. The last straw was a bank embezzlement of $50,000 by the bank’s cashier. The State Corporation Commission ordered the bank to close in 1910. Despite the outcome, it still remains the first Black owned banks in the United States. 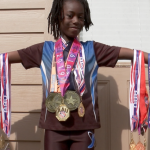 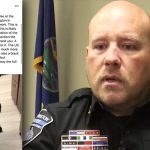