Ex former Brown Deer, Wisconsin police officer is collecting more than $57,000 a year tax-free through duty disability insurance related to her shooting of an unarmed man in the back.

30-year-old, Devon Kraemer, could receive disability payments for life. The shooting occured when Kraemer and another officer where escorted Burnley off a Milwaukee County bus after the driver had stopped, waved them over and complained that Burnley had been loud, profane and upsetting to her during a dispute about his fare. Most of the encounter was recorded by the camera on the bus and a police squad car camera.

During the arrest, Kraemer and another officer were on the ground attempting to handcuff Burnley. At some point during the struggle, Kraemer fired a single shot between the Burnley’s shoulder blades without warning.

The other officer on the scene, Leeman, testified that he had not seen a gun on Burnley or heard him or anyone on the bus say he had one. Nor had he heard any threats from Burnley or seen him attack the two officers.
Kraemer was never convicted of the aggravated battery charge because the jury in her trial could not agree on a verdict. Two months later, Milwaukee County District Attorney John Chisholm said his office would not retry the case.

Burnley had never been arrested before and was on his way home from work when he was taken off the bus. During his testimony, he admitted to using profanity but said he was not resisting the officers and was expecting only to be Tased when he realized officers were having a hard time handcuffing him because of his size.

Burnley, now 28, was hospitalized for 12 days and lost part of a lung. The bullet remains in his body. He sued Kraemer and the Village of Brown Deer in March.

According to Burnley’s lawyers, the Brown Deer Police Department never did an internal investigation of the shooting even though prosecutors believed it was criminal conduct.
In August 2018 Brown Deer Police Chief Mike Kass announced Kraemer, who had been on administrative leave since the shooting, had resigned, effective July 9.

Chief Kass did not mention that on July 6 Kraemer applied for duty disability under the terms that the stress of the shooting and its aftermath had left her unable to work as a police officer. Kass supported the application, which was approved by the state’s Employee Trust Fund in the fall of last year.
Kraemer’s new benefits were revealed in court records recently filed in a civil rights lawsuit filed by Burnley.

In his brief one of Burnley’s attorneys sited Kraemer’s September sworn deposition in which she said she now gets about $4,800 a month in duty disability payments, more than she was earning while employed as a police officer.

U.S. District Judge J.P. Stadtmueller has not yet ruled on the Village of Brown Deer and Kraemer’s motion for summary judgment. As of now, the case is set for trial in March. 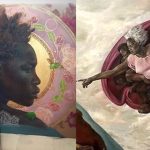 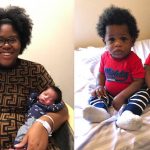