An artist has been subjected to abuse after painting her own version of Michelangelo’s Creation of Adam, reimagining both God and the First Man as black women. When Harmonia Rosales, from Chicago, posted her version of the iconic painting online, poignantly renaming it ‘The Creation of God’. It was retweeted and liked thousands of times on Twitter and Instagram, attracting praise from all corners. But it also sparked a more disturbing social media frenzy.

‘I wanted to take a significant painting, a widely recognised painting that subconsciously or consciously conditions us to see white male figures as powerful and authoritative and flip the script, establish a counter-narrative,’ Rosales told Buzzfeed. ‘White figures are a staple in classic art featured in major museums. They are the “masters” of the masterpieces. Why should that continue?’ She added: ‘When you consider that all human life came out of Africa, the Garden of Eden and all, then it only makes sense to paint God as a black woman, sparking life in her own image.’

But while many praised her approach, the idea of a black female God inevitably attracted angry, negative comments. ‘This is the dumbest thing I’ve seen in a while,’ said one Tweeter, following it up with a Pepe meme.

Another, presumably confusing Adam for Jesus, commented: ‘Nobody really knows what God looks like but we do understand what Jesus looks like and he was a man and he was Jewish.’ And there was yet more vitriol in response to the media praise her artwork got. One person commented: ‘Imagine if we got paintings of black people and replaced the black people with whites!’ Another sarcastically added ‘Cultural appropriation!’, while someone else responded with ‘Disgusting’. 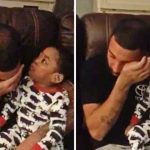 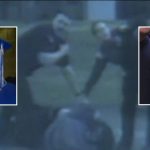