Americans are living to the age of 100, according to Census Bureau data. The state with the most 100 year olds is California. One of them is Black man from Orange County and he’s 106 years old. Warren Bussey is the oldest Black person in Orange County.

Busy was born in 1913 in Texas. He’s been living in his home in Santa Ana since 1972. He helped start what remains one of the only majority Black freemasons chapters in Orange County. Busy became the first black business person in Orange County to take out a full page advertisement in a local newspaper in the 1950’s.

His late wife had opened up Jimmy’s Cafe in Santa Ana featuring his favorite type of food. “Soul food. That’s what keeps me going,” he said.

Changes he says he’s been thrilled to witness.

“Hoping that we’ll have another black president,” Bussey said.

He’s also seen changes that he says he’s less than thrilled about – especially with the younger generations.

He says they don’t walk the walk.

“I would like to see more blacks buying homes, open up businesses. But it doesn’t’ look too good,” he added.

He says you have to work for what you want like he did.

“Hope that my people will wake up,” said Bussey.

He says he’ll be here in his rocking chair praying for positive things for the future. Things he can celebrate at his 107th birthday on November 21, 2020. 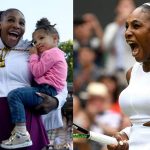 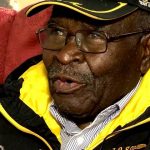