The 2019 British Fashion Awards is one of the glitziest nights of the year, (often referred to as the ‘Oscars’ of British fashion), where the top players in the industry are recognised for their incredible talent.

One of the most highly anticipated awards of the night is undoubtedly Model of the Year and this year’s line up was one of the most diverse to date.

It’s no mean feat to be honoured with the prestigious accolade, with a load of notable names previously winning the Model of the Year title.

So yeah, winning Model of the Year is a pretty major deal and solidifies your place in the British fashion industry, AKA you’ve officially made it.

It’s been an incredible year for the 19-year-old beauty whose meteoric rise in the industry has seen her become of 2019’s most in-demand models.

Adut served up pure elegance on the red carpet in a strapless emerald green velvet and taffeta dress by Pierpaolo Piccioli for Valentino, paired with crystal drop earrings and bedazzled silver rhinestone heels and a matching clutch. 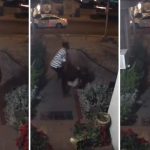 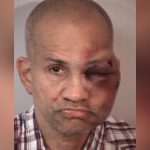