Ryan Matthews, a 17 year old Black man was falsely accused of killing a man. He was sentenced to death two years later. Matthews is now 39 years old and is graduating from college.

in April 1997, a 43-year-old owner of Comeax’s Market in Bridge City, Louisiana was shot and killed by a man in a ski mask.

Investigators though Matthews killed the White business owner and he was later found guilty in court.

As his family fought and activists rallied, DNA evidence proved their case and the real killer confessed.

After being on death row for 5 years, Matthews was exonerated, freed and moved to Texas.

“All these years ago when I first came home, a reporter asked me what I wanted to do, and I told them I wanted to go to school,” he said.

Matthews followed through on that promise and on Saturday he graduated from Texas Woman’s University in Denton with a Bachelor’s degree in applied arts and sciences.

Inspired by Matthew’s story, his 71-year-old mother and sister also enrolled in the university.

“So I decided to go back and pursue my Ph.D. because hopefully, I’ll be able to do some legislative work and get some of that wrongful conviction and reintegration legislation changed,” said Monique Coleman, Matthews’ sister.

His mother. Pauline, said she’s “proud, proud, proud” as she could be.

Matthews said he can feel bitter about his experience, though his feelings are nuanced.

“I am because of what happened, but I can’t because it would stop me from moving forward … I’m trying to be the best I can be,” he said. 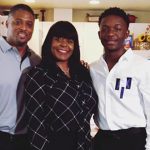 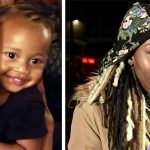