In an interview with the Henry Herald, Cathey Belcher, the triplet’s mother could not hide her pride and happiness following her children’s outstanding achievement. The triplet’s achievement did not come as a surprise especially to their parents.

According to their mother, the triplets had a solid foundation considering that they started learning how to read and write at the tender age of three. Cathey adds that from then on, the triplets understood what was expected of them and always did their best. They knew that they could not settle for less than their best.

Currently, the three are enrolled in college where they are pursuing different career paths. Sydney and Kolby are enrolled in the Georgia State University while Kendall is enrolled in Gordon State College. Sydney is studying to become a nurse and sees herself working in a children’s hospital especially in the hematology-oncology unit while Kolby is pursuing a career in marketing. On the other hand, Kendal chose to pursue a career in the financial services industry.

Cathey’s face lights up in with happiness when she speaks of her children and she is excited that the triplets are pursuing their dream careers in college. She further adds that she is always encouraging them to strive for excellence and be the best they can be without forgetting their obligation to the community. 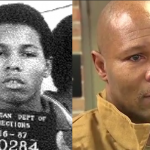 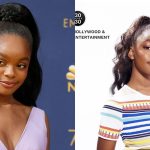