According to CNN, A Michigan man who was wrongfully convicted of murder, is now out of prison after 32 years.

“From the grace of God he kept me from losing my mind,” Viola Burton said.
Viola Burton said goodbye to her son when he was 19-years-old. It was 1987 and Danny Burton was convicted of first degree murder and sentenced to spend the rest of his life in prison.

“I knew in my heart that he couldn’t kill nobody,” said Viola.

And today — with Claudia Whitman — who volunteers to investigate for the release of the innocent — and a team of lawyers, Viola got to see her son walk out of prison.
After 32 years, Danny Burton is finally free.

“I’m really shocked and happy to get out. That I’m released,” Danny said. “If it wasn’t for Claudia, my lawyer, and my lawyer’s team,  I don’t think this day would have ever came true.”
At a hearing Friday morning in a Wayne County courtroom — prosecutors with Kym Worthy’s conviction integrity unit went to a judge with Danny Burton’s lawyers where his conviction was overturned. His lawyers had obtained a sworn affidavit from a prisoner — naming the real killers.

“Some people were intimidated and maybe even coerced to say certain things,” Madeline Sinkovich said. “And I think there were some young witnesses to be treated the way they were by the police.”

“I’m very excited for his mom and for his family and of course for Danny, he’s waited 32 years,” Whitman said.

“What are you looking forward to doing the most?” a reporter asked Danny.

“Going to get some McDonalds,” he replied.

Before getting that burger, the owner of the Suit Depot in Oak Park wanted to gift Danny some new clothes.
Some new clothes for a new life — much of which Danny says will be spent doing the same work that set him free.

“There’s a lot of guys that’s in here that’s innocent also,” he said. “A lot can’t read or write or seek assistance and I’m hoping I can go out and contribute some of my time to help Claudia and my attorney and his staff to help other guys, wrongfully convicted in here get out.” 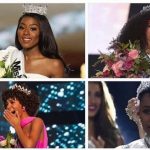 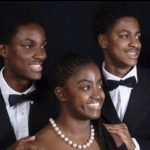