Master P, above everything else, is an entrepreneur. He’s a hustler and he made that known during No Limits reign in the music industry. Throughout his career, he’s showcased that he can pretty much sell anything. Now, we all know that ramen noodles are a childhood staple to most. Whenever you’re in a bind, ramen noodles have always been there for you.

Master P announced that he’s making his foray into the ramen noodle world with his new brand of ramen noodles. Rap Noodles already have a few flavors they’ve rolled out such as Southern Chicken, Hot N Spicy Cajun Shrimp, Spicy Picante Chicken, and Sirloin Steak Beef. It appears that Rap Noodles are an extension of the Rap Snacks brand.

“Chef-Boy-Ar-P. I grew up on noodles now I created my own brand. Start small and build. Get you some products if you want to be successful. Its nothing like this New Orleans flavor creamy chicken and gumbo. You can cook it on the stove or you can put it in the microwave,” P wrote on Instagram along with a launch video for the product. “I know about noodles. I grew up on noodles! Now, I’m creating my own brand,” Master P reflects as he takes a few bites of his cooked Rap Noodles. “It’s nothing like this!”

Peep the video below. Will you be stocking up on Rap Noodles? 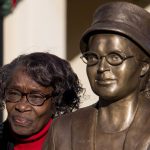 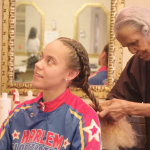