Stephen Cole is the third person to die while being held on a criminal trespassing charge in the last 12 months.

A 61-year-old man died in the Bexar County Jail Thursday after being arrested on a criminal trespassing charge on Sunday, according to a Bexar County Sheriff’s Office spokesperson.

Stephen Wayne Cole, 61, was discovered unresponsive in his cell by a detention deputy who was doing inmate checks just before 11 p.m. Emergency medical response crews with the San Antonio Fire Department responded to the jail but were unable to revive him, the spokesperson said. Cole, who authorities said did not have an established residence in Bexar County, was pronounced deceased at 11:38 p.m.

Cole was arrested by San Antonio police on Dec. 22 for allegedly trespassing on private property. His bond was set at $400, meaning a $40 payment to a bail bondsman could have sprung him from jail. Cole has previous misdemeanour charges for theft, court records show.

The BCSO spokesperson said “preliminary information indicates” that Cole’s death was due to “an underlying medical condition and chronic narcotics use,” which were “documented on previous incarcerations along with the current incarceration.”

The Bexar County Medical Examiner’s Office told KSAT that a cause of death could not be released at this time.

Cole is at least the third person in their 60s to die at the Bexar County Jail in the last year after being arrested on a criminal trespassing charge and being unable to post a bond of less than $100. 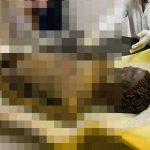 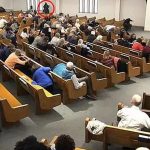