A recent article has been making the rounds on the internet regarding the hair of an Egyptian mummy that has stayed intact for over 2000 years. Some have claimed that it is further evidence that traces early civilization to Africans. Here is how one publication presented the story. What do you think?

Turns out that there is some serious truth to the fact the Egyptians were Africans huh? I often wondered why Hollywood refused to accurately display movies that have Egyptians with warmer skin tones. That always boggled my mind. The natural hair of this mummy proves what history has been saying all along.

I tell you one thing though, after 2000 years her natural hair is still intact, I have GOT to know which protein treatment she was using cuz damn. 2000 years?! Some of us can’t stop our hair from falling out after a month, but 2000 years?!

The ancient Egyptians styled their hair using a fat-based ‘gel’, an analysis of mummies has found. The researchers behind the study say that the Egyptians used the product to ensure that their style stayed in place in both life and death.

Natalie McCreesh, an archaeological scientist from the KNH Centre for Biomedical Egyptology at the University of Manchester, UK, and her colleagues studied hair samples taken from 18 mummies. The oldest is around 3,500 years old, but most were excavated from a cemetery in the Dakhleh Oasis in the Western Desert, and date from Greco-Roman times, around 2,300 years ago.

High-status ancient Egyptians, such as Queen Nodjmet, may have used fatty products to carry their hair style into the afterlife. 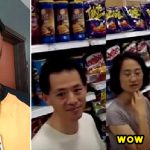 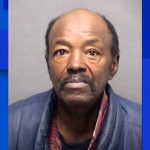