Anderson retired from the reserve army in 2016 but continued with her civilian job.

“I firmly believe that we are never in control of very much,” Anderson said. “The most we can do is have a set of values and beliefs, and adhere to them as closely as possible.”

“Be a lifelong learner. Accept people for who they are. Accept change because it is inevitable,” she added.

“Do not expect to be rewarded just because you show up on time, do what is expected of you and leave at the same time every day because that is merely C-grade work,” she noted. 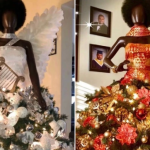 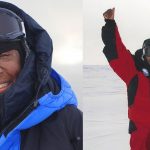