For most kids, 14 is the age for high school freshman year. Not so for Curtis Lawrence, who is packing his bags to start a new challenge at the George Washington University.

Astonishing most people, “In my university writing class, my professor asked me if I was a visitor or if I was someone’s younger brother,” Curtis recalls. “Most of the people that I sit at tables with. They ask me how old am I and how am I here – so I tell them everything.” According to the 14-year old, he’s rather too early transition to University life is thanks to the School without Walls program.

“I think when people see him, they think he’s a third-grader. When he speaks, they say OK this kid is advanced. He’s not in third grade” Curtis mother Malene Lawrence said. The School without Walls program readies high school students for college, but “Only 15 out of 200 students qualify,” according to Lawrence.

It’s been an enthralling journey for the young teenager, and Curtis’ brother, Corey, hopes to replicate this success.  While Curtis hopes to study Computer Science and Paleontology, Corey sets his sights on Astrophysics at Hampton University.

“It’s Curtis. He’s really ahead of me and I want to follow in his footsteps,” 13-year-old Corey said.

A university statement comfirms that Curtis Lawrence is currently the youngest student running a traditional undergraduate on-campus degree at the George Washington University. 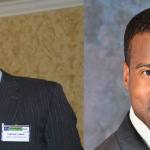 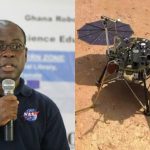