A 12-year-old black student in foster care has been suspended from school and accused of physical assault for hugging a teacher during gym class.

The boy is a seventh-grader at the Forest Grove Middle School in Worcester.

Julie Orozco, the boy’s foster mother, according to reports was extremely furious over the incident.

The 12-year-old’s class was playing dodgeball on 27 September when his white teacher gave him a brief time for “goofing off” with his friends – but he didn’t want to leave, approaching the teacher, put his arms around her and pleadingly said: “Please let me stay in the game.”

According to Orozco, the teacher resisted the hug and the class went on. But he was summoned to the principal’s office after and handed a 10-day suspension over alleged physical assault.

Orozco said in a meeting with the principal Maureen Binienda and other district officials, she was specifically told the hug was too “tight, forceful and aggressive,” and that a 12-year-old should have known it was inappropriate.

“Their (the school’s) story seems to constantly evolve to match what he’s being accused of,” she said, adding, “But not my son’s – his story has been consistent since day one.”

The initial 10-day suspension was reduced to four days and the recorded offense was also eventually downgraded from assault on staff to a general disruption of school.

Orozco believes the suspension of her son was because he’s black, while the teacher is white.

“I absolutely do,” she said, alleging he was told by a school administrator after the incident his hug even could be construed as sexual harassment.

Orozco said the ordeal had affected her son and on the day she picked him up from school “when he saw me, he just started crying.”

“The thing he kept saying (afterward) was, ‘I’m just so confused. If she didn’t want me to hug her, why didn’t she tell me that?’”

The school district’s safety director told NBC 10 Boston that the district had no comment on Orozco’s allegations. 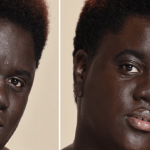 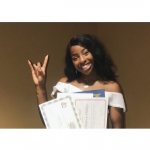