Akon, The popular singer, songwriter, record producer, entrepreneur, philanthropist and actor is building his own city in Senegal. Building and construction is on his way to Senegal. Akon broke this news to Nick Cannon’s Radio Show Power 106 Los Angeles. Earlier in June Akon mentioned building an 100% crypto-based city. He calls it Akon city, it’ll have it’s very own airport, and will even be all renewable.

Akon stated “It’s a 10-year building block so we’re doing it in stages. We started construction in March and stage two is going to be 2025”.

Nick Cannon ask Akon about his financial status, Akon said he did not want to be called a billionaire.

“I always felt like if you have to label yourself a billionaire, I don’t think billionaires even label themselves billionaires. You know, you have no idea. But the crazy part about it though, when I hear stuff like that it makes me sad.” Said Akon.

At only 46 years old, Akon is accomplishing some amazing things. Let’s not for get he gave light to over 600 million people in Africa. The sky is truly the limit for Akon and we’re excited this city being build. 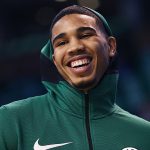 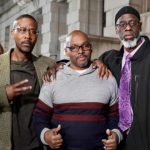