A woman who was sad that her Burger King order took way too long got a man to come to the restaurant and shoot one of the employees, according to the Orange County Sheriff’s Office. Smh.

Deputies said the shooting happened Saturday around 7:30 p.m. at the Burger King on the 7000 block of E. Colonial Drive.

When deputies arrived, they found Desmond Armond Joshua, 22, suffering from a gunshot wound in the parking lot. He was taken to an area hospital, where he was pronounced dead.

A video was recovered that showed Joshua in a physical altercation with a male who had him in a headlock, according to the affidavit.

One woman who was in line was mad about the delay so she got out of her vehicle and began yelling that she was going to have “her man” come to the restaurant, so an employee refunded her $40 and asked her to leave, records show.

The woman waited in the parking lot in her black sedan for a few minutes then drove away and returned with a white truck with a man identified as 37-year-old Kelvis Rodriguez-Tormes, who was demanding that Joshua fight him, deputies said.

A witness intervened to stop the fight when Rodriguez-Tormes put Joshua in a headlock and started choking him, according to the affidavit.

Shortly afterwards, Rodriguez-Tormes shot Joshua then he fled in the white truck while the black sedan also fled, deputies said.

According to investigators, Joshua had just started working at the Burger King a few days earlier. Officials said he was rushed to a nearby hospital where he died.

Rodriguez-Tormes is charged with first-degree murder with a firearm, destruction of evidence and possession of a firearm by a convicted felon.

Deputies said Monday that the woman Rodriguez-Tormes was with has not been arrested at this time.

Burger King released a statement Monday about the shooting.

“We are deeply saddened to hear of the tragic incident that took place at the Burger King on 7643 E. Colonial Drive and passing of team member Desmond Joshua,” Burger King North America President Chris Finazzo said. “At Burger King, the safety of team members and guests is our top priority. The franchisee who owns and operates the restaurant is fully cooperating with authorities on this matter. Any questions should be directed to local authorities.”

The Burger King McLamore Foundation exists to offer support to team members and their loved ones during incomprehensible times such as this. Our deepest condolences go out to Desmond’s family and friends during this difficult time.” 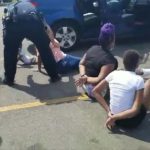 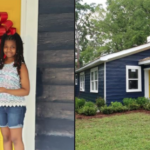