A University of South Florida police officer has been fired after officials uncovered her old Twitter account where she described herself as a ‘member’ of the KKK.

Presley Garcia, 26, was placed on administrative leave last month after a local news reporter came across the Twitter profile with her name and alerted the police department.

The account, which has now been deleted, showed Garcia had written ‘KKK member’ in her bio after creating the profile in 2015, The Tampa Bay Times reported.

Garcia had told investigators the account belonged to her but claimed it was a friend who had included the phrase in the bio. 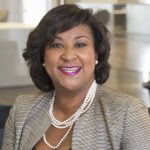