Larry Johnson has a lot of strong thoughts on a lot of things.

His Podcast was banned from Audioboom for some of the messages he spoke about in regard to Jews.

He doubled down that the fact they banned him is the reason he was right.

Johnson’s podcast, “Sight To The Blind,” which often spreads misinformation and anti-Semitic rhetoric, was recently suspended by its distributor Audioboom. In response to his suspension, Johnson said “the whiny cry babies heard I was talking about their religion they jacked from the Israelites,” and added that his shows are “backed up.”

Audioboom’s director of operations and communications Jenny Khodai told Insider that Johnson was an independent podcaster using their platform. “His content contravened our terms of use and we moved quickly to suspend him from the platform,” Khodai said.

To be honest, is he lying tho?

We gotta have this conversation. We gotta be honest, talk to black to me. When are we finna stop allowing these record labels to push these negative images of Black people. Our women are not hoe, whores, sluts or anything like that. Why won’t they promote good, wholesome, sweet Black women????

Why are we supporting this degenerate behavior?

Damn this get the bag culture!! If you getting money in a negative way we don’t have to respect it, nor should we support it.

Enough is enough and we must protect our babies. 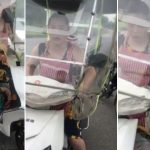 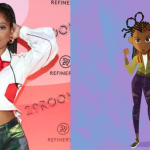