This past weekend Megan Thee Stallion and Tory Lanes made hip-hop headlines regarding an incident that got the both of them arrested. Megan released a statement on Wednesday saying that, contrary to initial reports, she had been shot.

Sunday, after Megan and Tory were together at a pool party in Los Angeles, law enforcement, who had received a call about a disturbance, found Megan, Tory, and Kelsey Nicole, who is Meg’s friend, in an SUV. The police discovered a gun, and Lanez was arrested on a concealed weapons charge.

Early reports said that Megan cut her foot on broken glass. But on Wednesday, the rapper said she had in fact “suffered gunshot wounds as a result of a crime that was committed against me.”

Thursday, Page Six reported that a source informed them the crime was committed by Tory.

“Tory fired the shots from within the vehicle while Megan was outside trying to leave,” the source said. “There is video and the police are investigating. This is a case of a man physically harming and abusing a woman.”

TMZ reports that Tory shot Megan twice in the foot. According to the publication, witnesses are not cooperating with the police, which will make it difficult for Tory to be hit with charges for the shooting.

TMZ also reported that cell phone footage of the shooting exists and will be viewed by the authorities. 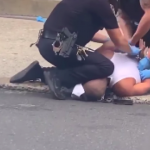 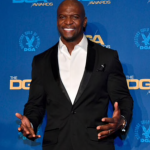