While a number of celebs petitioned for Loon’s release, one homie was particularly helpful. Reports the NY Post:

“He’s just another young black male who got a long time because of the war on drugs,” Angelos said.

Weldon also led the efforts to persuade Trump to grant clemency, which at one point included plans to bring a delegation of rap stars to the White House. Those plans were scuttled first by Trump’s impeachment and then by the pandemic.

But Weldon believes the presidential lobbying drive may have impressed the judge.

“We showed that this man had a ton of support and is going to do a lot of positive things,” he said.

After he’s released, the former rapper plans to work on prisoner rehabilitation programming, Angelos said. The men also have plans to form a production company, which may release a movie or TV series on Loon’s life.

Back in 2011, Loon was convicted on conspiracy to sell one kilogram of heroin in Belgium, and was sentenced to 14 years in prison. Nevertheless, he has always maintained that he was a victim of circumstance. 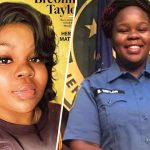 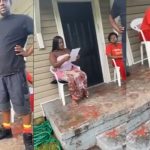