Do you remember Korryn Gaines? She was shot and killed by Baltimore police in 2016 after she barricaded herself and her son in their home during a standoff with them.

Gaines’ family filed a wrongful death lawsuit and won the largest award against Baltimore-area police, but a judge overturned the $38M verdict.

On Wednesday The Baltimore Sun reported the appeal court overturned the judge’s decision saying the lower court abused their power. The decision was detailed in an 80-page opinion re-awarding the money to Gaines’ family and son, Kodi.

“This is obviously huge for Kodi and the rest of the Gaines family,” Gaines’ family attorney Ken Ravenell said. “The court found that the trial judge violated the law in taking that verdict away. They can now expect that they can collect a significant award in the near future.”

Korryn Gaines, son was shot in the cheek during the exchange. His father, Corey Cunningham testified that Kodi is now “a shell of himself” and was left skittish, distrustful, and sleep-deprived after multiple surgeries, which prompted the family to unleash a lawsuit against the officers and the county.

A Baltimore County jury declared that Cpl. Royce Ruby initial shot was unjustified, therefore violated Gaines’ civil rights under state and federal statutes. And her family said she suffered from a dissociative mental disorder. As a result, she was awarded the $38 million and although Baltimore County doesn’t believe her family will receive the full reward, there’s no reason for them not to. 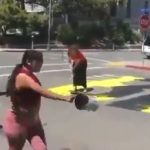 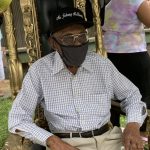