“Kimberly Davis was arrested following a July 13 incident at the couple’s home in Reisterstown, Maryland, after she allegedly punched Fluker in the nose over an argument over social media. The responding officer observed dried blood coming from his nose and a photo obtained by WBFF from that night shows blood on Fluker’s face.
According to the police report, Davis told the officer she poked Fluker in the nose during an argument because she became angry after she was told she was a bad mother” 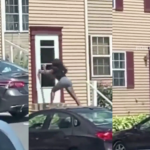 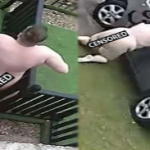