A mom showed concern after her son sold N-Word passes to white friends making close to $1000.

A mom wrote in to Slate’s Care and Feeding advice part of the site, asking what she should do about her son.

The son is adopted, the parents themselves are white. The wife wrote to Slate stating that they adopted them 11 years ago when the daughter was five and the son was an infant. They’re now 16 and 11.

She said that the two are very well behaved kids and they’ve don’t their best to speak about race related issues, and she felt that they’ve done a great job.. until now.

The oldest, Taylor recently asked to speak to them in private. She showed them screenshots of the 11 year old, Martin, apparently selling N-word passes to white kids.

It’s been going on for weeks and he sold them for 20-50 dollars each. The son has been accepting money via Venmo. She mentioned that he attends a school where there are a lot of white and non black students.

The mother wrote to slate to state that they’re very angry about the situation but don’t know how to handle it. They want to punish him or give him consequences for it, but don’t know what should be done.

The Care and Feeding team at Slate replied:

What Martin must understand is that while some of his classmates have played along with this charade, none of them who purchased his “passes” were actually waiting for anyone’s permission to say “n-gga.” Furthermore, as they are unable to access the experiences that come with being a “n-gga,” he ought to spend some serious time considering that while he can pretend as though he is giving his friends access to one of the “fun” parts of being Black, they will be spared the disenfranchisement and toll that comes with this identity—which should bother him. Why do these kids want to use that word so badly? And how would he feel if other Black people, particularly Black elders, heard them speak in such a way?

They continued on to state that the current socio-political climate continues to show examples as to why white people don’t deserve any type of access to the N-word.

They also stated that he should see if should trust friends that are so eager to use and want access that much to the N word that they’re willing to pay for it. 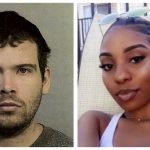 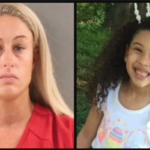