Amani Kildea, 20,  whose body was found hanging in Lewis Morris Park over the weekend, was remembered this week as a “beautiful young man” with a sensitive soul and an endearing sense of humor.

“Everyone who met him, who knew him, young and old, admired him and loved him. He doubted that, but we knew it to be true,” his father,  the Rev. Tom Kildea, said in an online tribute.

Amani Kildea was black. The Morris County Prosecutor’s Office confirmed its suicide finding in a statement Wednesday aimed at quelling public speculation, amidst national concerns that hangings of black or Hispanic men in California, Texas and New York could signal a white supremacist backlash against the Black Lives Matter movement. Those deaths have been ruled suicides.

After a spokesperson for the Morris County Prosecutor’s Office initially declined to comment about the Washington Township resident’s death, except to say the matter was under active investigation by county authorities, Prosecutor Fredric Knapp followed up with a brief statement:

“The Morris County Prosecutor’s Office ordinarily does not issue public
statements on active investigations. However, given the fact that unsubstantiated statements have circulated on social media, there exists a need to provide more information to the public at this time. There is no cause to believe there is any criminality involved. The Morris County Medical Examiner has determined the manner of death as suicide.”

Morris County Park Police responded to a visitor’s call shortly before 3 pm on Sunday, to the park’s Sugarloaf section in Morris Township, to investigate a report of a possible suicide by hanging. 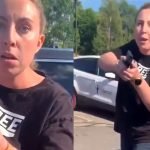 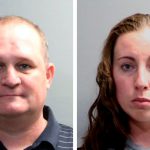