A petition created three days ago calling for the release of Montgomery resident Lakeith Smith, 20, who faces 55 years for crimes committed when he was 15, has topped 100,000 signatures.

The five-year-old case gained national attention in the aftermath of George Floyd’s killing by Minneapolis police.

Smith’s case also involves the killing of a black male, A’Donte Washington, 16, by a police officer. That shooting was ruled justifiable. He was originally sentenced to 65 years, which was lowered to 55 years a year later because of a sentencing technicality.

“As you share posts and speak out after those that were brutally murdered by the justice system, don’t forget about the living that have had their lives taken away from them by the same system. “lakeithsmith is serving a 65 year prison sentence after a police officer killed his friend in racist #alabama @governorkayivey because of the #felonymurderrule which unfairly targets black/brown men and boys,” one Facebook post states. 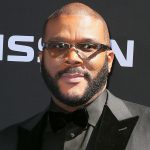 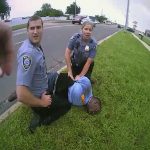