A man who was wrongfully imprisoned for over 28 years will be freed after another man admitted to the crime he was accused of. Clarence Moses-EL was convicted of rape in 1988 because a woman claimed in court that she dreamed he assaulted her. He was sentenced to serve 48 years in prison and was not able to prove his innocence until more than halfway through his term.

Another odd thing about the situation is that Clarence was not the first person that she identified. In fact, after the incident happened, she told police that another man was the perpetrator, and she was actually correct, because the man that she first accused is the one who now confessed. However, she began to have doubts about the version of events that she told police because she said that Clarence’s face came to her in a dream, and she trusted that more than her initial intuition

All along, Clarence has maintained his innocence and has tried multiple appeals, and they have all failed through no fault of his own. Each appeal was rejected because police threw away DNA evidence that could have exonerated him, despite a court order to keep all evidence safe under lock and key. 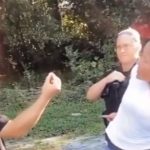 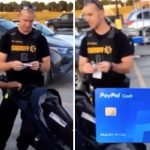