Stephanie Rapkin, a 64-year-old from Wisconsin and a lawyer have been seen spitting on a young Black protester in a video shared on social media, has been charged with a hate crime and a felony.

Rapkin was seen on video confronting protesters June 6 who were urging her to move her car, which was parked and blocked the progress of a march.

She is seen spitting directly into the face of 17-year-old Eric Lucas. She was arrested twice — for that incident, and again the next day while confronting people who were writing messages in chalk on the sidewalk outside her house. While being arrested the second time, police say, she kneed an officer in the groin.

The spitting is charged as disorderly conduct, a Class B misdemeanor, but with a hate crime enhancer that raises the maximum penalty to a year in jail and a $10,000 fine — if prosecutors prove the action was racially motivated. 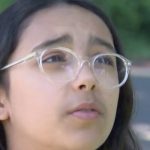 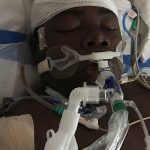