The Fulton County district attorney has issued arrest warrants in the shooting death of Rayshard Brooks.

Fulton County District Attorney Paul Howard said he is charging Officer Garrett Rolfe with 11 counts including felony murder and aggravated assault, criminal damage to property and violations to his oath of office.

The second officer at the scene, Devin Brosnan, is being charged with aggravated assault and two violations of oath of office.

Howard said the D.A.’s Office was able to interview 10 witnesses to the shooting and watch eight videos that recorded the incident, including surveillance, body cam and personal cellphone video, as well as physical evidence.

Howard said they concluded from witness statements and the videos that Brooks never presented himself as a threat. Howard said following the shooting, the officers failed to give Brooks any medical attention for 2 minutes and 12 seconds. 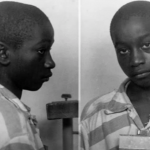