Lil Wayne vocalized his thoughts on the recent killing of George Floyd and is calling for people to hold themselves accountable for the actions they’re taking regarding the fight against police brutality.

In a Instagram Live with Fat Joe on Thursday (May 28), Weezy spoke on Floyd’s death and the killings of other innocent Black citizens. “I think when we see these situations, I think we also have to understand that we have to get very specific,” he told Joe. “…And what I mean by that is we have to stop viewing it with such a broad view, meaning we have to stop placing the blame on the whole force and the whole everybody or a certain race or everybody with a badge.”

Lil Wayne suggested that law enforcement should not be the focal point when placing blame. “We have to actually get into who that person is,” Wayne continued. “And if we want to place the blame on anybody, it should be ourselves for not doing more than what we think we’re doing.”

He explained his decision to not speak publicly on social injustices, questioning what he would be able to do to directly aid those impacted by these incidents. “What else am I gonna do after that?” he asked. “Some people put a tweet out and they think they did something. Some people wear a shirt and they think they did something. What you gonna do after that? Did you actually help the person? Did you actually help the family? Did you actually go out there and do something? So, if I ain’t about to do all that, then I ain’t about to do nothing. I’ll pray for ya.”

Wayne went in on the importance being informed about these issues, rather than supporting causes without being knowledgeable of the proper information. “It’s actually learning about it,” he explained. “What we need to do is we need to learn about it more. If we wanna scream about something, know what we’re screaming about. If we wanna protest about something, know what we’re protesting about. Because if we wanna get into it, there’s a bunch of facts that we think we know that we don’t know…We scream about things that, sometimes, they really ain’t true.”

Wtf?! Smh. Wayne is out of line with this one. What are your thoughts on this? 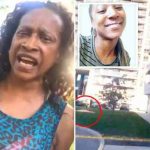 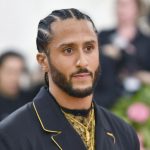