DTR 360 Books, LLC. established in the summer of 2017 where the founder, owner and now President of his business had nothing to lose with the landlord breathing down his back for months of late rent. Brother Kwesi (Kwesi Amissah) as he is commonly known by, with experience being a manager at a bookstore and resources he tapped into, mixed love for education, a passion for his people and a dying thirst for unity and liberation forged out the fastest growing online bookstore, i.e. DTR 360 BOOKS, LLC.

Kwesi Amissah, born and raised in Brooklyn, NY, mom passed away when he was 10 years young leaving to live with his Father’s sister, and instantly the environment became a culture shock for Kwesi because his Mother was American and Father from the Caribbean, Trinidad and Tobago. Kwesi had to now learn its ways of Trinidians, culture wise. Kwesi as a young teenager always wanted to become someone in life, where all he seen was sex, drugs, and violence.He knew that wasnt the life he wanted to assimilate into. Kwesi always had version of making it out of the “ghetto” and reclaiming his own life. Kwesi is a proud undergraduate of Medgar Evers College where he received his B.S. degree and a graduate of John Jay College (CUNY) where he received his Master’s degree.

All in all, Kwesi has the tenacity, courage, passion and dedication for education and for his people to triumph; thus these are the ingredients that which makes DTR 360 BOOKS, LLC. Please take a look at their website, they have over 400 book selections. Order your book today, fast delivery is a plus amd customer service is on point. What more can we say! Keep up the great work guys. 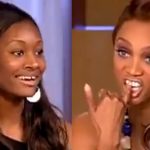 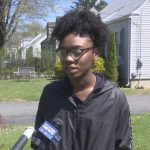