In addition to playing quarterback for the Vols, Joshua Dobbs majored in aerospace engineering at the University of Tennessee before being selected in the fourth round of the 2017 NFL draft by the Pittsburgh Steelers.

Now in Jacksonville with the Jaguars as the backup to fan-favorite Gardner Minshew, Dobbs — who graduated with honors from Tennessee — has been putting his aerospace degree to good use this offseason by working for NASA as a literal rocket scientist.

After completing two externships at global aerospace manufacturer Pratt & Whitney working on jet engines for fighter planes, Dobbs took a job as an extern for NASA. For nearly three weeks in February, Dobbs was at Kennedy Space Center in Florida working on NASA’s mobile launcher in the instrumentation department.

“It felt like every part of Kennedy Space Center kind of wanted to show me what was going on,” Dobbs told USA Today. “Every single day was different, so I got a chance to learn kind of the ins and outs, everything that goes on, and how everything comes together to support the rocket on launch day.”

Earlier this month, Dobbs posted on Twitter about his time at NASA. 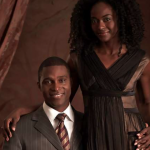 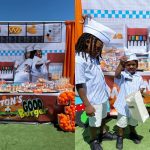