A Des Moines man says he was assaulted by three white men early Saturday morning in a racially motivated attack on the city’s south side, and members of the NAACP at a news conference Sunday advised black residents to be on high alert in light of recent incidents both locally and nationally.

DaQuan Jones, 22, said he was on his way to his girlfriend’s house when he was assaulted by the suspects at about 3:25 a.m. Saturday in the 5200 block of South Union Street, according to a police report.

At least one of the suspects made racist comments during the assault, Jones told police.

When police arrived at the scene, they discovered Jones lying on the ground with significant, non-life-threatening injuries to the left side of his face, eye and hands. He was transported to a local hospital.

Daryl Jones Jr., DaQuan’s father, said the men had put his son in a choke-hold and broke multiple bones.

“They broke my son’s face in five places. Five,” Daryl Jones Jr. said to a large crowd of community members, who attended in support of his son and stood outside the 2:30 p.m. news conference at the Mickle Center. 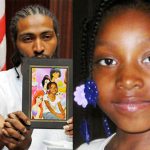 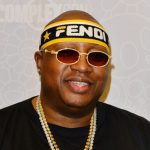