Curfews have been instituted around the country on Saturday as mass demonstrations broke out nationwide and cities braced for another night of protests.

Curfew went back in effect in Minneapolis on Saturday at 8 p.m. after the city braced for another night of unrest.

“By being out tonight & breaking the 8pm curfew, you are helping the people using crowds as cover to prey on Minneapolis & destroy community,” Mayor Jacob Frey wrote on twitter. The city was also under curfew on Friday night.

Frey said the governor has “fully mobilized” the Minnesota National Guard to respond to demonstrations in the city on Saturday. Violating curfew is punishable by up to a $1000 fine and 90 days in jail, the mayor’s emergency regulation said.

Mayor Lori Lightfoot announced on Saturday that Chicago would go under a curfew at 9 p.m. until 6 a.m. “until further notice.”

Saturday, thousands marched through the Windy City’s downtown after more than 100 protesters were arrested Friday night.

Mayor Eric Garcetti said a curfew will begin in Downtown LA starting at 8 p.m. and will last until 5:30 a.m.

“We will always protect free speech and Angelenos’ right to live without fear of violence or vandalism,” Garcetti wrote on Twitter, saying the curfew is meant to “increase safety for demonstrators, law enforcement and all citizens of Los Angeles.”

Protests in LA were already underway on Saturday as buses were overtaken and multiple police cars were set on fire in the city’s 4th day of protests.

The curfew applies to the entire city and began at 9 p.m. and will last until sunrise. The city said the curfew is a result of the “recent acts of violence” during protests.

The curfew began at 8 p.m. on Saturday and will last until 5 a.m. Sunday, Hancock said in a press release. There will also be a curfew in place on Sunday evening.

Mayor Jim Kenney announced he was placing Philadelphia under a curfew on Saturday.

Seattle joined the growing list of cities under curfew Saturday, with its curfew beginning at 5 p.m.

In Cleveland, the curfew began at 8 p.m. and will last until 8 a.m. Sunday morning. The curfew will also be in place Sunday evening into Monday morning.

The Columbus curfew began at 10 p.m. Saturday and goes until 6 a.m. Sunday.

Eugene, Oregon, south of Portland, also enacted a curfew on Saturday, beginning at 9 p.m. and lasting until 6 a.m. Sunday.

Rochester, New York enacted a curfew on Saturday in the city between 9 p.m. and 7 a.m. Sunday morning. Mayor Lovely Warren said the order was put into effect “due to potential for widespread breach of peace.”

The lockdown will last from 9 p.m. Saturday until 7 a.m. Sunday. 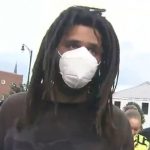 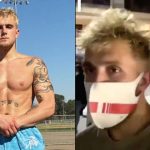