A recording shared by 17-year-old Darnella Frazier brought to light the killing of George Floyd .

On Monday, video of Floyd’s fatal encounter with Minneapolis police, which shortly after led to the firing of four police officers, went viral on social media and through news outlets.

In an interview with NowThis, Frazier spoke about her experience at the scene of Floyd’s death.

“I watched this man die. I was the one that was recording the whole thing. I’ve seen him die,” Frazier said through tears.

“I posted the video last night, and it just went viral. And everybody’s asking me how do I feel? I don’t know how to feel,” she continued. “‘Cause it’s so sad, bro. This man was literally right here, 8:00 p.m. yesterday.”

She said she was walking her cousin to the store when she saw Floyd on the ground.

“I’m like, ‘what is going on?’ I pull my camera out. This man cannot f**king breathe at all … and they did not care. They killed this man. And I was right there! I was five feet away. It is so traumatizing,” Frazier says before walking off-camera.

According to TMZ, Frazier said she is disturbed by the criticism she has received for recording the incident.

The 17-year-old asked people who are upset by the video to understand how difficult it was to record the traumatizing event.

“If it wasn’t for me 4 cops would’ve still had their jobs, causing other problems,” she continued. “My video went world wide for everyone to see and know!! His family was reached out to [because of the video]! The police most definitely would’ve swept it under the rug with a cover up story. Instead of bashing me, THANK ME! Because that could’ve been one of your loved ones and you would want to see the truth as well.”

This is extremely sad! 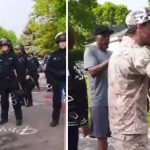 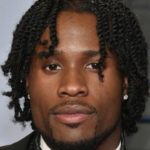