Some European nations and scientists suggested that COVID-19 vaccine test be done in Africa. They argued Africa had no capacity to fight the virus and hence the best place to launch the treatment test. Wetangu’la said Europe was the epicentre of COVID-19 and any form of treatment must start from there.

The senator urged African leaders to reject any attempt to use Africans as “Guinea pigs” Bungoma Senator Moses Wetangu’la has condemned a proposal by some European nations and scientists that COVID-19 vaccine test should be done in Africa. Wetangula’s objection came barely a day after French doctors suggested that Africa was the best continent for the samples to be used because it is “incapable of fighting COVID-19”.

In a bold statement shared on his Twitter handle, the FORD Kenya party leader called on African leaders to reject any attempt to use African people as “Guinea pigs”.

“The epicenter of COVID-19(Coronavirus ) is China, Italy, Spain, France, US. Clinical trials on its possible cure must start there and not in any African country. African leaders must resist any attempt to use our people as Guinea pigs. Resist,” he tweeted.

The proposal has annoyed many people on the continent with most of Kenyans storming to social media sites to slam European nations and scientists for attempting to use Africans as “lab rats”.

Globally, there are over 1 million COVID-19 infections and a total of 59, 172 deaths recorded so far. Out of these numbers, the United States (US) has the highest number of infections currently standing at 277,467 and the third-highest number of deaths at 7, 402.

Kenya has 122 COVID-19 infections which have so far resulted in four deaths. 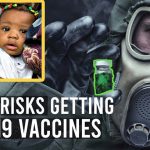 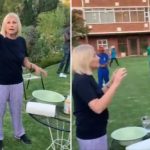