As reported by @TeenVogue, 18-year-old Melik Pointer from Ohio recently told a local news station about the multi-million dollar mistake that happened with his bank account.

He said that he visited a local ATM when he was shocked to discover that his balance was almost $5 million—$4,999,285.52, to be exact. After putting in his card a second time, the balance was still the same and that’s when Melik surely knew something was wrong with his stimulus payment.

He explained his reaction to the millions of funds in his account this way:

“I was shocked. I thought it was fake, to be honest, I’m not even going to lie. “Me and my aunt was just talking about the guy that had $8.2 million in his account. I was like, what if that just happened to me? And then, well, what a coincidence.”

The story that Melik is referring to is regarding Charles Calvin, a volunteer firefighter in New Chicago, Indiana, who discovered he had $8.2 million in his bank account, which is entirely different than the $1,700 stimulus check he was initially expecting.

Melik decided to warn the IRS about the money, reporting how stressful the whole situation was. He said, “Spending money that isn’t yours could cause you some time, so I thought about it and I was like, ‘Ah, I’m going to have to call that one in.’” 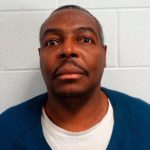 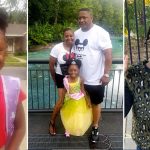