Raeburn Fairweather at Brooklyn Maimonides Medical Center was infected with the coronavirus but was later able to fight it off after reccovery he returned to the same hospital so he can help those in need at the frontline.

Raeburn Fairweather who is 47 years with no health history in the past was dealing with this illnes for two-week with a high fever up to 104 degrees.

He said that” The Tylenol” would not bring it down and my body felt like it was falling apart. The headaches were terrible it feels like my eyeballs were on springs.

Also fighting with this illness robbed my senses of smell and taste, in day 3 is stared to have a thick and white mucus from my chest and carried on until the last Thursday.

Fairweather — who said the respiratory illness temporarily robbed him of his senses of smell and taste — also described coughing up “thick, white mucus during Day Three — and that carried on until Thursday of last week.” 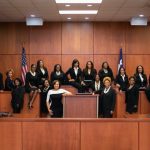 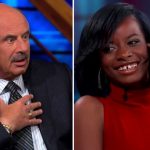