Dylan Chidick, a Trinidadian immigrant who lives in New Jersey has been accepted to 17 colleges according to CBS News.

Chidick serves as class president at Henry Snyder High School, and the honor society inducted student is also officially college-bound. But the journey to achieve this feat was no walk in the park.

Per the news site, Chidick’s younger twin brothers are currently suffering from debilitating heart conditions. Children of a single mother, Chidick and his siblings have also experienced bouts of homelessness since moving to the States.

In spite of that, Chidick remained committed to prospering in his educational pursuits, which includes being the first in his family to pursue an undergraduate degree.

“My family went through a lot and there has been a lot of people saying, ‘you can’t do that,’ or ‘you’re not going to achieve this,’ and me — getting these acceptances — kind of verifies what I have been saying. I can do it and I will do it,” Chidick told CBS News.

CBS News New York writes that the Jersey City teen was accepted to NJCU, Ramapo and Albright. However, Chidick has yet to hear back from one final school, which also happens to be his top choice.

“The College of New Jersey. I haven’t heard back yet, but that is my top school right now,” the 17-year-old shared with CBS New York.

Per Valley News Live, Chidick plans to pursue a degree in political science at the institution he ultimately decides to attend. 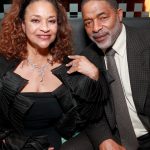 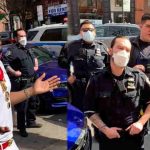