Smithfield Foods, one of the largest contributors to the United States’ meatpacking industry, has closed its Sioux Falls, South Dakota pork processing facility in response to a growing number of coronavirus cases identified among the site’s 3,700 employees.

In a statement shared to the company’s website on Sunday, Smithfield said the plant—which implemented a temporary closure last week, meant to begin Saturday and last 72 hours—would halt its services “indefinitely.”

The decision followed a letter issued to Smithfield’s president and CEO Ken Sullivan on Saturday, in which South Dakota Governor Kristi Noem and Sioux Falls Mayor Paul Ten Haken asked him to suspend operations at the plant for 14 days. At the time, 238 of the state’s 626 confirmed coronavirus cases had been diagnosed among its employees, comprising more than half of all cases reported in South Dakota’s most-impacted county. According to South Dakota’s Department of Health, an additional 104 people have been confirmed positive as of Sunday, and multiple news organizations have reported that 55 of them are Smithfield staff members.

“This is your moment to take swift action for your people, the community of Sioux Falls and the State of South Dakota,” Noem and Ten Taken wrote in Saturday’s letter, additionally requesting that Smithfield continue to provide its employees with full compensation and benefits during the suggested 14-day closure period.

Commenting on the indefinite suspension in a statement included in Smithfield’s announcement, Sullivan said closing the plant posed a threat to the meat production industry and could have damaging effects on businesses that depend on its supply.

This plant produces almost 130 million servings of food per week.

“The closure of this facility, combined with a growing list of other protein plants that have shuttered across our industry, is pushing our country perilously close to the edge in terms of our meat supply. It is impossible to keep our grocery stores stocked if our plants are not running,” Sullivan said.

He added: “We believe it is our obligation to help feed the country, now more than ever. We have a stark choice as a nation: we are either going to produce food or not, even in the face of COVID-19.” 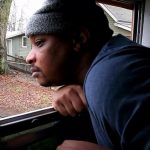 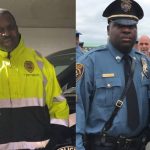