According to Forbes, Mr. West has officially reached this financial status thanks to his clothing and shoe brand Yeezy.

Forbes confirmed that Kanye IS in fact a billionaire, with a net worth around $1.3B.

Forbes also made sure to mention that Kanye himself, reportedly wanted to make sure they talked about this accomplishment in particular.

Kanye is a powerhouse, and I believe this is just the beginning for him. What’s next for Mr. West? We will soon see. 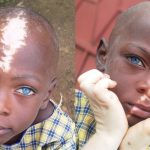