Gov. J.B. Pritzker said the state’s unemployment fund doesn’t have enough money to cover the surge in unemployment benefit claims spurred on by the COVID-19 pandemic, but the governor said he was counting on another loan from the federal government to pay those claims.

Pritzker praised the federal government on that score.

“The federal government has done a great job of providing funding,” he said. “I believe we’re going to need more.”

The governor said more federal dollars would be needed, not just for the state’s unemployment fund, but other budgets.

“I think I said this at a press conference when [U.S.] Sen. [Dick] Durbin was here – we’re going to have to see another relief package because not only is there an unemployment problem – which hopefully it will only be four months or so long – but there’s also a challenge to all of our city budgets and state budgets and it goes beyond what was provided in the federal stimulus that was passed just recently,” Pritzker said. “We have to address these things. I know that Sen. Durbin and Sen. Duckworth and the entire congressional delegation is concerned to make sure we’re able to meet our obligations in the state and in the cities. So I know we’ll get more help from them, I’m hopeful the United States Senate, the United States House and the President will come to an agreement as they finally did on this latest relief package.”

What are your thoughts on this? 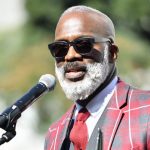 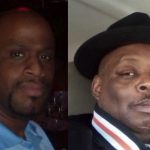