Elisee Joseph, 25, Born in 1994 and raised in New York City, Joseph grew up in a conservative Haitian household where education was held in high regard.

He attended Benjamin Banneker and graduated as a student-athlete. He went on to Queens College after transferring from Siena. He was a member of the Knights’ basketball team for the 2013-14 season.

Joseph attended Benjamin Banneker and graduated as a student-athlete. He then went on to Queens College after transferring from Siena. He was a member of the Knights’ basketball team for the 2013-14 season. in 2014 he was on all-conference honoree as part of the 4×100-meter relay. 2015 Joseph won all-conference laurels in the 4×200-meter relay on the indoor side and took home All-ECC titles in the 110-meter hurdles and 400-meter hurdles. Joseph graduated with a bachelor’s degree at age 20.

Joseph always had new ideas and wanted to try something different and new, He was always interested in Wall street so he earned his master’s degree in business administration at Brooklyn College graduating in 2016 while still working at Wall Street. He than wanted to do try something else so he left Wall street and into educator while also pursuing a Doctorate degree in Business Administration (D.B.A.) at Felician University. By the age of 22, Joseph had become a business faculty member at Marymount Manhattan College-teaching courses in Economics, Business Statistics, and Information Technology.

At only aged 24, Joseph was now a faculty member at the Columbia University School of Professional Studies and a member of the Grammy Recording Academy (GrammyU). Before his 25th birthday, he became the first-ever graduate in Felician University history to have received a doctorate degree in Business Administration.

“Throughout my studies, I had to deal with academic and professional politics along the way. I sent thousands of different job applications to prominent firms, only to be rejected by each and every one of them”.

“I felt isolated at times as I struggled with the notion that I had to accomplish my objectives alone. I overcame the struggle of rejection and feeling isolated by seeking valuable advice and mentorship from other professionals who had similar experiences,” he told VoyageATL in an interview.

Joseph specializes in data analytics, statistics, and behavioral finance and he is also a medical examiner at Quest Diagnostics, a Fortune 500 health care company where he records and verify medical information of prospective insurers.

Joseph has been named a Forbes Under 30 Scholar for the 2nd consecutive year. 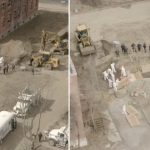 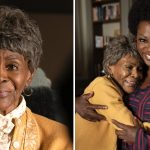