We all know about the seriousness of this coronavirus but some people are really taking it to the next level. There’s always one in the group that will “try it”. I think this one takes the cake. People are tripping tripping lol. Continue to read. We will explain.

@TMZ_TV reports, law enforcement in Los Angeles revealed that an officer on the force had an encounter with a woman recently who was parked in the handicap parking spot without the proper certification. When the LAPD officer approached her about the violation, things took a disturbing turn because the woman instantly became combative.

She threatened to cough on the officer and give him the virus, which she claimed she caught. When the police officer ignored her claims despite her continued behavior, the woman was arrested for felony criminal threats. Although it was not proven that the woman actually had coronavirus, the LAPD officer still used gloves and washed his hands after he put cuffs on her.

Now, it’s up to the District Attorney to determine her fate and if the woman’s charges will stick, since they have the option to leave her charge as a felony or reduce it to a misdemeanor. Using coronavirus seems to be the new way of getting out of things or threatening people, as social media has seen a rise of people detailing encounters and posting viral videos.

What do you think about this? 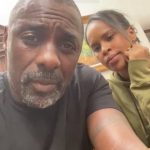 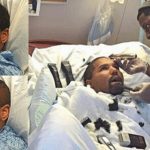