Matthew Henson said Matthew Henson and the man who’s officially credited with reaching the North Pole first – Robert Peary – met in a gentlemen’s clothing store in 1887, where a 21-year-old Henson was working at the time in Washington, D.C. As he waited on Peary, a Navy engineer with grand ambitions, the two men from very different backgrounds began talking. Peary would learn that Henson was born into a family of free sharecroppers in Maryland, but had to flee the state after his parents were targeted by the Klu Klux Klan. By the age of twelve, he had gone to sea as a cabin boy and travelled to ports as far as China, Japan, Africa, and the Russian Arctic seas. The merchant ship’s captain had taken the young African American under his wing and taught him to read and write.

“I think I’m the first man to sit on top of the world,” is not something many people can boast, especially if they lead perfectly normal lives, say, working a desk job in the city in relative anonymity. But for many years, that was the truth of Matthew Henson.

In 1908, the unsung African American explorer was the first of a six-man team to reach the North Pole. He studied and spoke Inuktitut better than any other Westerner on the expedition, leading to successful trade and navigation relations with the local Inuit. He built Igloos, trained the dog sledge crews, studied indigenous survival techniques, and mastered a lot of the painstaking, behind-the-scenes work that came with being the personal valet of a wealthy white explorer who had something to prove to the boys back home at the National Geographic Society. It’s easy to be floored by Henson’s accomplishments, which, aside from being achieved in -29 degree temperatures, show the breadth of what it takes to be an explorer. But it’s not so easy to understand how he spent decades following the expedition that should have changed his life forever, unrecognised and unrewarded. So as we conclude Black History Month, we’d like to raise a glass and share the story of our adventurer du jour… 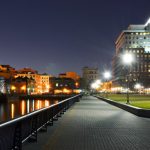 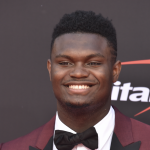