Former Knicks star Stephon Marbury wants to deliver the Big Apple something it needs even more than an NBA title — 10 million N95 masks for hospital workers and other first responders handling the coronavirus pandemic.

Marbury told The Post he’s made arrangements with a mask supplier in China willing to sell New York 10 million masks “at cost” for $2.75 each – well below the roughly $7.50 that N95 retailers have been quoting the state.

“At the end of the day, I am from Brooklyn,” Marbury said during a call from his Beijing home. “This is something that is close and dear to my heart as far as being able to help New York.”

“I have family there in Coney Island, a lot of family … who are affected by this, so I know how important it is for people to have masks during this time.”

However, when contacted hours later by The Post, state Department of Health spokeswoman Jill Montag said she

“had no idea who the borough president spoke to” and that the state officials “in charge” of buying masks  “want to talk to Stephon!”

We will keep you updated as details come in. 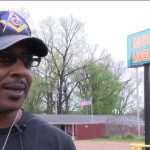 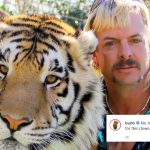