R. Kelly is coming forward with yet another plea for a judge to get him out of the correctional center he now calls home!

According to TMZ, R. Kelly is seeking to be released until his trial, in fear that he may become infected with the coronavirus. Kelly’s attorney reportedly filed a motion Thursday, listing the many health risks he believes R. Kelly will be facing while he’s in jail.

Apparently, Kelly has many concerns of his own. He claims social-distancing is almost impossible in jail, soap is only available to inmates who can afford to buy it from commissary, and there’s nearly no hand sanitizer. He claims there’s only one large bottle, and to add insult to injury, it’s labeled “STAFF ONLY”. 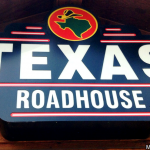