Naturade is a Black-owned manufacturer of plant-based cough and cold formulas, premium soy protein powders, and more. Former NBA champion turned entrepreneur Earvin “Magic” Johnson has announced that he is partnering with and investing in the company to bring these products to underserved and urban communities.

Naturade Chief Marketing Officer, Kareem Cook, and Chief Executive Officer, Claude Tellis, who were both Black, acquired the 94-year old plant-based company in 2012. Since then, they have strived to always address the issue of the increasing prediabetic numbers in the country, despite the consequently growing health supplement industry.

Cook says that the problem with most of the companies in the health supplement industry is their failure to target the consumers who need it the most. Cook said that most companies tend to sell their products at a high price which people in underserved communities, who are usually the ones with prediabetes, can’t afford.

“We’re talking about access. Magic understands that from his own business dealings. He proved people wrong so many times before, and this is an opportunity to prove people wrong again, and to make a successful business doing it,” Cook told WholeFoods Magazine about Johnson.

Other than Johnson, Grant Hill, who is also an NBA superstar and entrepreneur, is also investing in the company. Cook hopes their addition to the company will inspire other people who look up to them to make a positive change in their lifestyle including cutting sugar and consuming plant-based products.

“Magic Johnson and Grant Hill and other people will be coming on board who are able to amplify the message because they have such strong followings, and they have people look up to them and respect their decisions in the way they’re living their lives,” Cook added. 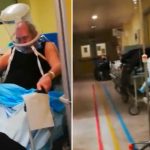 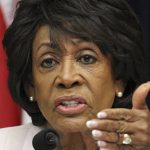