Mohammed Abubakar is from a small town in Nigeria. He enrolled at Kaduna Polytechnic but he failed to meet the requirements in time so the school did not grant him admission.

So he went searching for a job and got one as an airport cleaner at Kobo Air. his salary was very low he got paid 200 Nigerian Naira that’s about ($0.50) per day.

Abubakar said Many believed that i wouldn’t take the job because of the meager money involved. I was later employed as ground staff with the airline. Through my service in the company. I worked in almost all the units, expect security. That helped me a lot in the aviation sector.

Because of his hard work, the admiration of his superiors offered him a job as a cabin crew member, Which Mohammed accepted.

He then was hired as a flight attendant by Aero Contractors. Which resulted in a higher salary and valuable input he game to the company.

This still did not satisfy Mohammed even tho it was a very big upgrade as an airport cleaner he knew he had more to do for him to become a pilot.

With support from his managing director, Mohammed enrolled for a pilot training in Canada and after some hard work, he managed to get his private pilot license.

After 24 years after he first started as an airport cleaner, his dream came true and Mohammed became a full Fledged pilot

this goes to show that if you really want something and you work hard towards it, anything is possible. 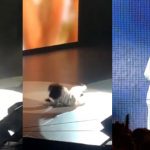 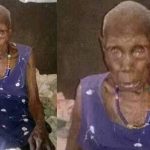